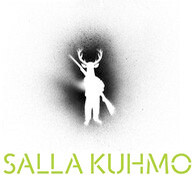 My name is Salla Kuhmo. I am from Finland, I live in Germany and I am an artist.

My father was a passionate hunter, as a proper Finn should be. He knew his way around perfectly in the forest – it was his place of home. Together, we used to roam the endless pine woods of northern Finland’s taiga, and while we were hunting he taught me how to ambush prey. I learned to wait for the one and only, the right shot. The bigger the better, my father used to say, the bigger the better. Therefore, elk were especially good prey. They are so enormous that the meat of two slain elk is enough for a whole year. Elk were our favorite prey.

Today, I live in Germany. I have also become a hunter. A camera instead of a musket. A city instead of a forest. Small everyday occurrences instead of large elk. Fat booty! The shot doesn’t kill, it cuts out, it cuts up reality, it mummifies time. Meanwhile, I am the owner of a large collection of trophies, of moments, like every collector using a camera. The camera is a very good rifle. It provides me with the motifs for my artistic work. I use photography in different variations, reduce it to drawings, filter out motifs and use these repeatedly in various contexts. In doing so, old images are continuously formed into new contexts of meaning. I call this procedure contextual recycling. Recycling is an elementary idea in my work as an artist.

Out of an artistic interest, I have been exhaustively occupying myself with advertising, its images and esthetics for a long time. In doing so, I have come to realize that consumption makes you unconscious, yes, that it has to make you unconscious, because otherwise we would suffocate from all the rubbish produced by the world of consumption. I am not only referring to the rubbish in the rubbish bag but also to the rubbish falling down onto us from the advertising spaces and screens, surrounding us the whole day long, wrapping itself around us, lulling us and depriving us of room for tranquility.

This mental environmental pollution has to be fought as it makes us hollow and indifferent towards the world in which we live. In the same way as you can contain fire with fire, I battle against advertisement by using its own esthetics and its own images. Hereby, I create mental open spaces which are scarce goods in today’s hectic and overstimulated society. By using the esthetics of advertising I rip advertising images out of their original context in order to subsequently place them in natural idylls. Consequently, nature and the language of advertising are melted together to a new visual reality in which the observer can recover from the struggle of everyday life without immediately being reminded of the consumption of certain products. Mental recreation instead of shopping addiction!